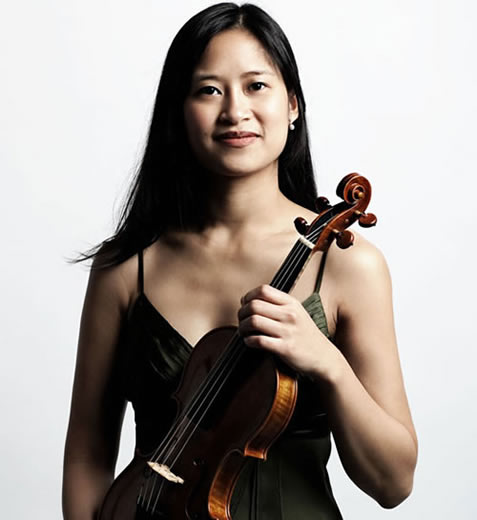 Based in the Netherlands, Louella Alatiit is an active violinist with a diverse performing career. Her musical inspiration extends from the expressiveness and improvisatory elements of baroque music, as well as the unique sonority and expression obtainable with period instruments. This has led her to focus on performing baroque, classical, and romantic music in a style specific to the era and on instruments from these periods, which she does with some of the world’s leading period instrument ensembles, as well as other up-and-coming groups. In this capacity, Alatiit works with many renowned conductors and directors touring throughout Europe, Asia, and North America performing in some of the world’s most famous concert halls (such as, Carnegie Hall).  With respect to her qualifications, she is a graduate of three prestigious schools—holding a Bachelor of Music in Violin Performance from McGill University, a Diploma in Baroque Violin from the Royal Conservatory of The Hague, as well as a Master’s and Doctor of Musical Arts degree from Stony Brook University.

She was selected as a young apprentice for The Orchestra of the Age of Enlightenment in 2007-2008 and for the English Baroque Soloists in 2009-2010. Additionally, she has given coachings to undergraduate and graduate performance students in Stony Brook University’s baroque ensemble.

Ms. Alatiit currently plays on a ‘Pieter Rombouts’ violin c. 1710 Amsterdam on loan since 2016 by the Dutch National Foundation for Musical Instruments (NMF –Nationaal Muziekinstrumenten Fonds).  From 2012-2015, Ms. Alatiit played on a ‘Hendrik Jacobs’ violin c. 1700 on loan from the NMF.

We use cookies to ensure that we give you the best experience on our website. If you continue to use this site we will assume that you agree to use cookies.OkRead more